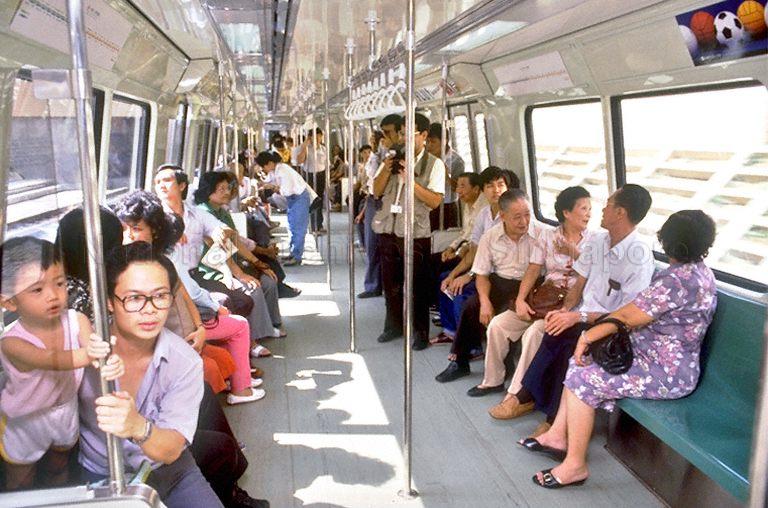 Do you know that Singapore almost had no MRT transportation network?

MRT rides are a favourite past-time for many Singaporeans. In fact, it is the most used public transportation with an average of 3.3 million commuters taking the MRT daily.

Here are 7 interesting facts about Singapore’s MRT station that you may not know of:

1. Singapore almost went for a no MRT, all bus transportation network!

The MRT system was first proposed in 1967 by the State and City Planning (SCP) Department as part of a comprehensive transportation network to support Singapore’s urban growth and industrialization.

However, what followed were years of debate between the all-bus team led by then-deputy Prime Minister Goh Keng Swee and a team at Harvard, and the MRT team spearheaded by then-Minister of Communications Ong Teng Cheong and the SCP team. A televised debate was even held to discuss the future of Singapore’s public transportation network.

Minister Ong eventually convinced then-Prime Minister Lee Kuan Yew to move ahead with the five billion dollar MRT project as the all-bus network was deemed to be inadequate for land-scarce Singapore.

2. Bras Basah station is home to the longest escalator in the MRT network

At 41.3 metres in length, this escalator is the longest escalator in the MRT network and one of the longest in Singapore. Connecting Bras Basah’s station concourse (B1) to the transfer level(B4), it takes commuters approxiamtely a minute the travel the entire distance.

It is worth nothing that at 35 metres below ground, Bras Basah station was once the deepest MRT station in Singapore. It was later superceded by Promenade and Bencoolen station which have a depth of 42 metres and 43 metres respectively.

Bras Basah was also awarded the Best Transport Building at the World Architecture Festival in 2009 for its aesthetics as well as the design’s functionality to allow natural light into the station via a reflective pool of water with glass panels.

3. All trash bins in MRT stations were removed after the 9/11 Attacks

In the aftermath of the 9/11 attacks in 2001, the government of Singapore heightened security in several public locations including MRT stations and bus interchanges.

Over the years, several additional security measures were implemented within MRT stations, including the relocation of mail boxes, the installation of multiple CCTVs, and the removal of trash bins.

The removal of trash bins, combined with well lit platforms, have virtually eliminated all potential hiding spots for dangerous goods.

Apart from security reasons, the absence of trash bins have also helped to deter eating or drinking within the station.

4. Bencoolen Station is the deepest MRT station in Singapore

The station was built to be deep and narrow to avoid the existing infrastructure of the surrounding buildings as well as two underground railway lines; the Downtown Line (DTL) tunnel was dug with extreme precision to avoid the North-East Line (NEL) and North-South Line (NSL) which are a mere 8 and 3 metres above  the DTL respectively.

To get to the bottom of Bencoolen Station, one have to traverse across six levels —the concourse, upper mezzanine, lower mezzanine, platform and two service levels — to get to Basement 6.

5. Bishan station was built on an old cemetery

Known as Kwong Wai Siew Peck San Theng cemetery, it was established in 1870 as a burial ground for Cantonese and Hakka immigrants from China. Peck San Theng, which means ‘pavilions on the jade hills’, was a reference to the ten pavilions scattered around the 384-acre cemetery for family members visiting their ancestral graves.

Following the acquisition of the land by the government in 1978, Peck San Theng cemetery was cleared in the early 1980s to make way for the development of Bishan town. Most of the exhumed graves are now housed in the Peck San Theng columbarium.

6. one-north station is the only MRT station without capitalization

one-north MRT station was purportedly named after Singapore’s latitude being one degree north of the equator ( 1°17 N to be exact).

Little is known about the absence of an uppercase albeit netizens have suggested that it was stylized to add a cool factor to the station, given that Fusionpolis, Biopolis, Mediapolis and other high-tech firms are all located in the vicinity.

Phantom stations refer to hidden MRT infrastructures built in advance to accommodate demand for public transportation in the vicinity in the future. Hume station (DT4) and Bukit Brown station (CC18) were both built in advance and are to be open when residential developments in the area renders the operation of it.

Similarly, several phantom platforms were built during the construction of existing stations to accommodate any future connecting line. Such provisions allow stations to connect to other lines without affecting the operations of the existing line. Punggol, Ang Mo Kio, Changi Airport stations are rumored to be built with hidden platforms that will be open up in the near future for the upcoming Cross Island Line (CRL).

8. Dover Station was not part of the plan

Unbeknownst to many, Dover station was the first infill station in Singapore MRT network; it was added to the East-West Line after calls by Singapore Polytechnic to built a station nearby to serve students and staffs in the institution.

The station was first announced in 1997, much to the dismay of the public who felt unjustified in building a MRT station for Singapore Polytechnic.

The second infill station was Canberra Station, which began operations in November 2019. It is the first MRT station to feature a platform linked directly to an overhead bridge at the same level 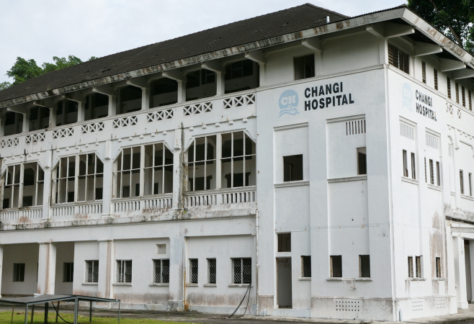 The History Behind: Haunted Hillview Mansion 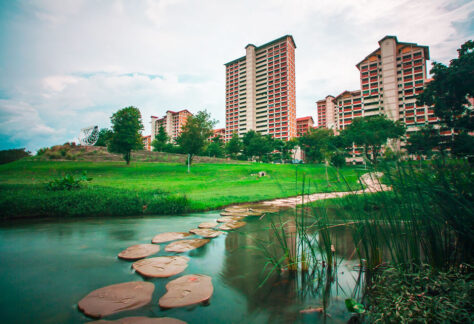 5 Long Distance Trails in Singapore to Burn Off Those Bubble Tea Calories!