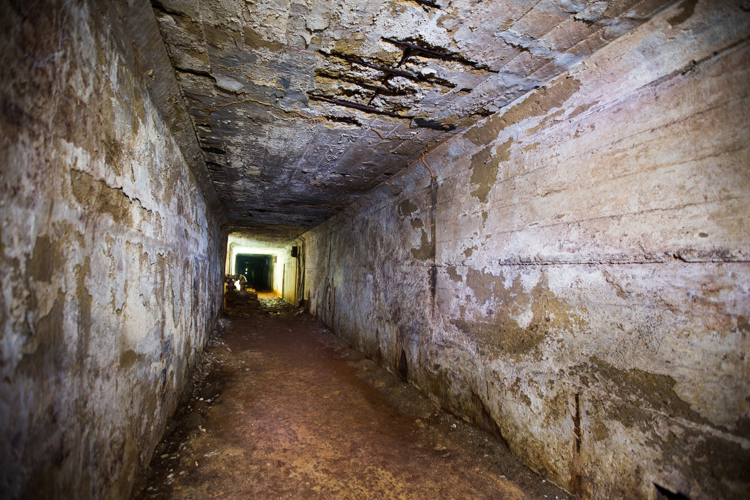 Descending two storeys below ground, Marsiling Tunnels have intrigued local historians and urban explorers since its discovery in the early 2000s

Located on a small hill between Marsiling Cresent and Admiralty Road West (formerly named Naval Base Road), the WWII Marsiling Tunnels has remain hidden from view since the colonial days. It was only in the early 2000s when the entrances were discovered, unearthing a labyrinth of tunnels built by the British.

Several theories with regards to the existence and purpose of the hidden tunnel soon emerged, ranging from an underground tunnel that leads to Johor, an underground facility for the nearby View Road Mental Hospital, to a storage bunker for the British Army during WWII.

The most compelling theory suggested that the tunnel was an underground oil storage facility built by Asiatic Petroleum Company (APC) to supply the neighbouring British Royal Naval Base.

Back then, the naval base covered 54 square-kilometre — over 9% of Singapore’s land size in the 1940s —  and was the largest British military installation in Asia. Also known as Her Majesty’s Naval Base, Sembawang Naval Base, and HMS Sembawang, it stretches from present-day Woodlands Waterfront Park to Sembawang Park.

The naval base was converted to a commercial dockyard and scaled down in 1968. Today, it is known as Sembcorp Shipyard.

The oil storage bunker theory was corroborated by a 1945 map that revealed the location of Woodlands North Depot (also known as Woodlands Shell Depot in later days). The depot, operated by APC, sits on the exact spot where the Marsiling Tunnels is.

With the discovery of the tunnels in the early 2000s, the National Heritage Board conducted extensive research to ascertain the purpose of the tunnels.

Through sources obtained from declassified documents such as the British Wartime Intelligence Reports and the UK’s National Archives, it was verified that the tunnels served as a pre-WWII fuel reserve depot for the Royal Air Force, not the neighbouring British Royal Navy.

You may be interested in: The History Behind: Haunted Hillview Mansion

It was also revealed that during the Japanese Occupation, the Imperial Japanese Army had continued the use of the underground tunnels as an oil storage facility. Based on a 1944 British Intelligence report, the Japanese retrofitted the tunnels with five large tanks to increase the storage capacity by over 5,250 tonnes.

In 2014, to commemorate the 72nd anniversary of the Battle of Singapore, the tunnels were for the first time, opened to the public.

Guided tours were held by the National Heritage Board to raise awareness about the decisive week when the British surrendered Singapore to the Japanese. Tours also held during the week include notable historical sites such as Opium Hill and Tiong Bahru Air Raid Shelter.

Today, the four main entrances to the underground tunnels are sealed and closed to the public.

However, a small opening dug by local explorers can be found, giving any daring adventurers a glimpse into the abandoned tunnels that once shaped the war.