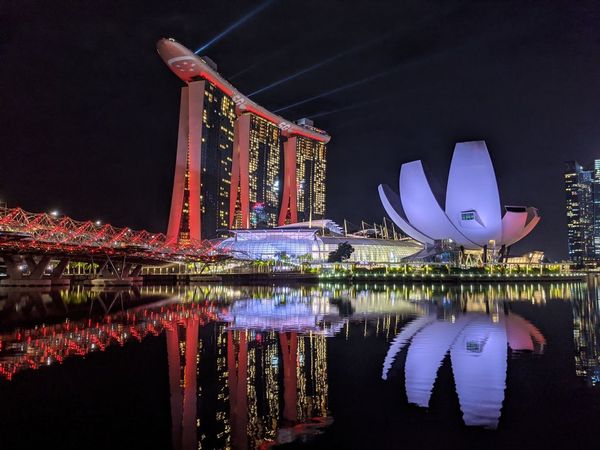 Now the centrepiece of Singapore, Marina Bay was once just a body of water to dock goods and passengers.

In the 1970s, a series of reclaimation work was done to create Marina Centre, Marina South and Marina North, forming the site we now know as Marina Bay. Urban development of the area took place in the early 1980s with a vision to develop an integrated work-live-play Marina Bay as communicated in URA’s 1983 Master Plan.

Today, Marina Bay is home to several architectural masterpieces including the soaring Marina Bay Sands and the charmingly durian-shaped Esplanade, creating a distinctive, urban waterfront that has now become the face of Singapore.

Starting from Kallang Wave—a tribute to the old National Stadium Kallang wave celebration—hike along the 2km-long Bay East Garden promenade to Marina Barrage.Built across the mouth of the Marina Channel, the 350-metre wide Marina Barrage is designed to provide flood control and water storage while serving as a recreational site for water activities such as kayaking and dragonboating.

From there, enjoy a walk around the luscious Gardens by the Bay and indulge yourself in the award-winning floral fantasy. Be sure to visit the Flower Dome, the largest glass greenhouse in the world!

Cross below Benjamin Sheares Bridge to Marina Bay Sands. Home to over 2,500 hotel rooms and the world’s largest rooftop pool, the engineering marvel is now Singapore most iconic architecture and a must visit for any travelers visiting the nation.

Hike along the frontage of Marina Bay Sands and the Promontory to Clifford Pier, a former port that was once a key point of entry and departure for travelers to and from Singapore; the pier ceased operations in 2006 with he opening of the new Marina South Pier.

Head over to Merlion Park for a photo with our national symbol the Merlion. First unveiled in 1972 by late founding prime minister Lee Kuan Yew, the 8.6-metre Merlion has grown to become one of the country most well-known Merlion sculpture among the seven approved statue located around Singapore.

Cross the Esplanade Bridge to the Esplande, Singapore’spremier art venue. Nicknamed ‘The Durian’ for its striking resemblance to the king of fruit, the Esplanade is home to a 1,600-seat concert hall and 2,000-seat theatre, and has played host to several world-class performances including the Les Misérables and We Will Rock You musical.

Take a short walk to Marina Bay Floating Platform (also known as The Float), the world’s largest floating stage. Orginally a temporary stadium, it rose to become a popular venue to host events including the Singapore National Day Parade, Formula One Singapore Grand Prix and Basic Military Training Graduation Parade. The platform is slated to be redeveloped into a permanent space in 2022.

Cross the award-winning, DNA-shaped Helix Bridge back to Marina Bay Sands and end your hike there. 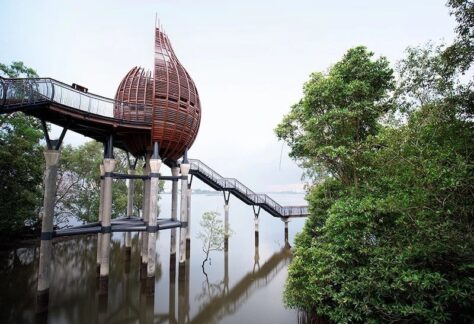 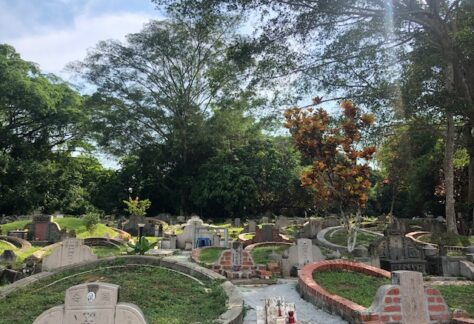 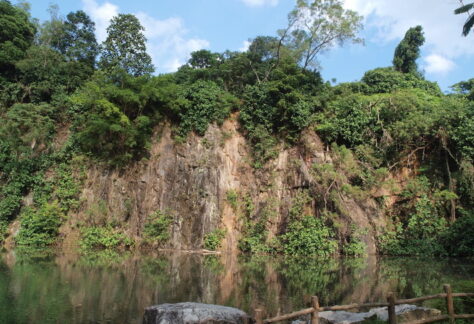