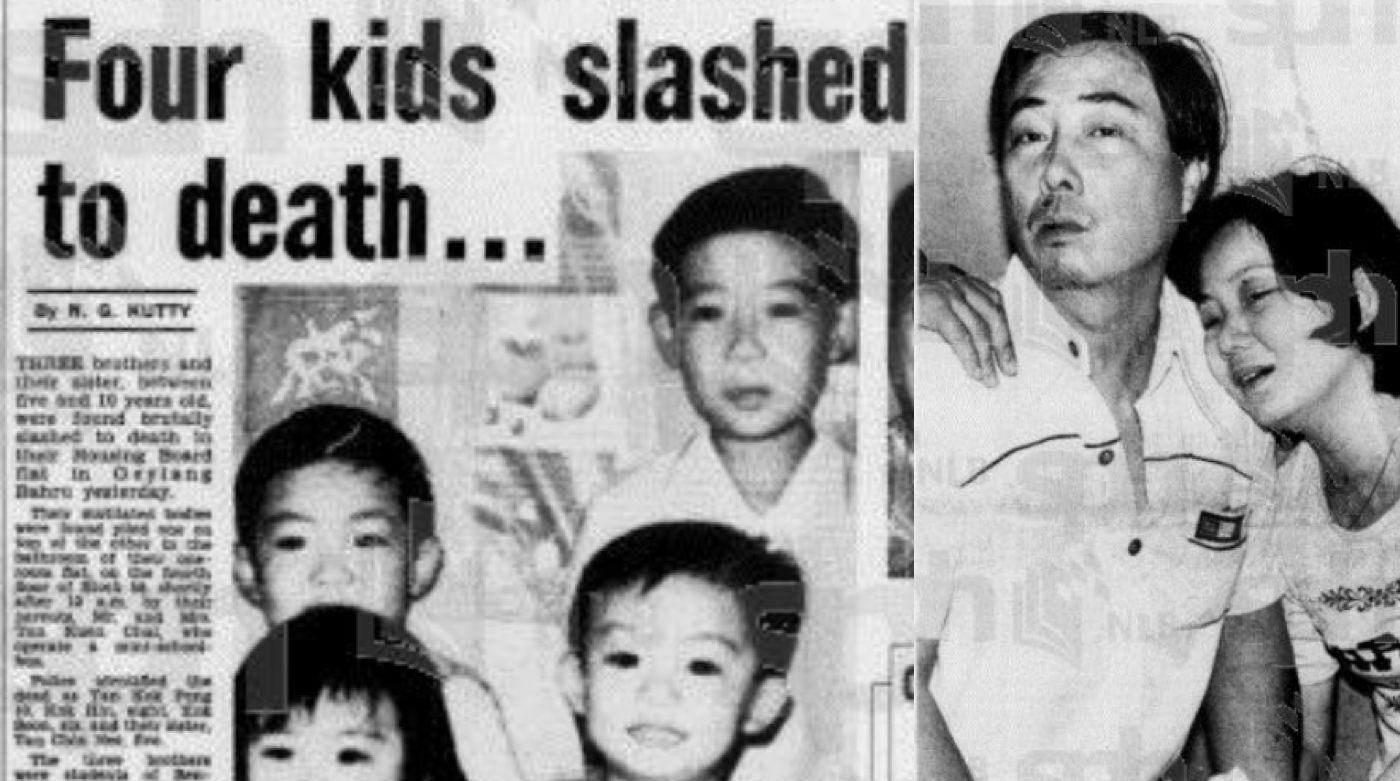 The gruesome murder of four innocent children in the Tan family remains one of the most heinous crime ever committed in Singapore’s history.

It is 6:35am in the wee hours of 6 January 1979 and Tan Kuen Chai and Lee Mei Ying were leaving home for work. Together with four children, the family of six live in a one-room flat at Block 58, Geylang Bahru.

Tan and Lee run a minibus business, ferrying students to and fro schools in the vicinity.

At approximately 7:10am, Lee makes a routine call home to wake her children up and get them ready for school. The three boys, Tan Kok Peng (10), Tan Kok Hin (8), Tan Kok Soon (6) studies at Bendeemer Road Primary School while their younger sister Tan Chin Nee (5) attends the People’s Association kindergarten.

However, the phone was not picked up. Several calls followed but again, there was no response from the children.

Lee then phoned her neighbour to knock on their flat. Again, there was no response.

Lee and her neighbour assumed that the Tan siblings woke up early and had already left home for school.

It is after 10am when Lee and Tan returned home from work.

What they saw next will remain etched in their minds forever: the mutilated bodies of the Tan siblings piled up on top of one another in the bathroom.

The children were brutally slashed with each of them having at least 20 slash wounds in their head and limbs. Chin Nee, the youngest child, had multiple slash marks on her face while the right arm of Kok Peng, the eldest child, was almost severed from his body.

Initial investigations concluded that the horrific killing of the Tan siblings were premeditated and done by a close contact of the Tan family.

What followed were months of investigations and hundreds of interviews with possible suspects. Several witness had sprung up as a result of the investigations.

A witness claimed to have seen a couple near the crime scene and soaked in blood. This turned out to a hoax conjured up by the witness. Another eyewitness recounts a time when he saw Lee arguing with a man although this was refuted by Lee.

An old lady identified as Yam Yin Tin or simply “Granny”, would usually sit on a chair at the corridor in the morning and watch the children play. On that particular day however, she was “washing her hair” and did not see or hear anything.

In a turn of event, a taxi driver came forward informing investigators that he had picked up a man in his 20s not far from the crime scene at around 8am. The man’s left side was covered in bloodstains and he had a knife concealed from the taxi driver; the knife had banged against the door and dropped when the man was exiting the taxi.

The man was later identified as “Uncle”, a Malaysian and neighbour of the Tan family. It is known that he would visit the family every other day to borrow the phone and call back to his Malaysian home. However, “Uncle” was released by the police two weeks after his arrest due to a lack of evidence. He later moved out of Block 58 with his sister.

Two weeks after the murder, Tan and Lee received a Chinese New Year card which depicted children playing together. The couple was addressed by their nicknames “Ah Chai” and “Ah Eng” and wrote “Now you can have no more offspring ha-ha-ha” in Chinese.

The message referred to the sterilisation that Lee had undergone after the birth of their youngest child Chin Nee five years ago. It was a well-kept secret that only the relatives and close friends of the Tan’s family knew.

“It is sickening to see the dead little children, It’s so gruesome. It’s terrible.” – Senior CID officer investigating the case

The card was signed off as “The Murderer”.

Due to the lack of advanced forensic technology in Singapore in the 1970s, the fingerprint on the card could not be tested and traced back to the perpetrator.

Over the years, different theories have sprung up with regards to the cause of the murder, all of which Tan and Lee have vehemently denied:

The four siblings were hurriedly buried at Choa Chu Kang Cemetery. They were dressed in their best clothes and buried along with their schoolbags and beloved toys. Lee had fainted many times as her children were put in their respective burial spots.

After the gruesome murder, the couple gave up their minibus business and worked in a plastic bag manufacturing firm.

In December 1983, Lee reversed the sterilisation that she had went through and gave birth to a baby boy.

While the new information provided by CLS could not be verified, it has rekindled hopes of solving the crime 42 years later. 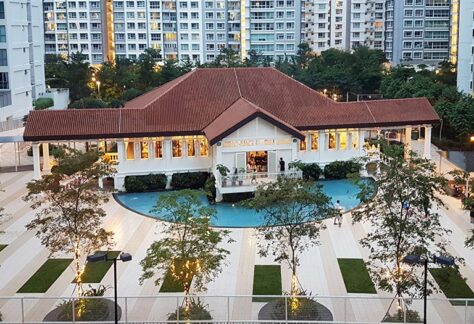