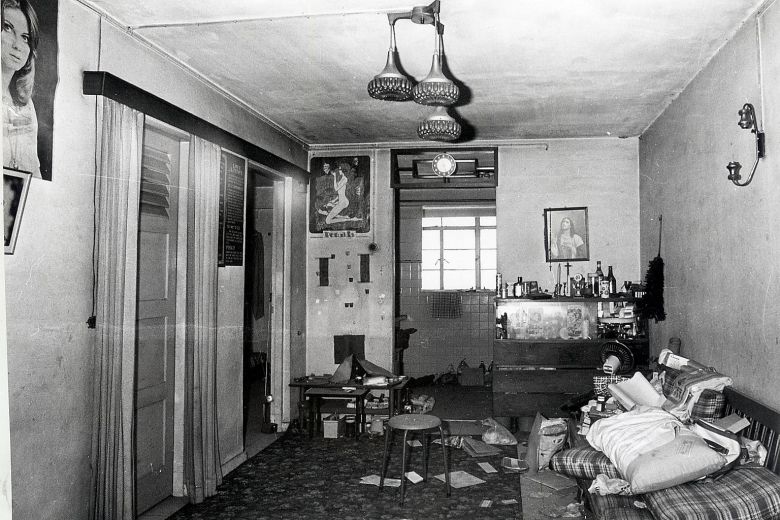 With accounts of sexual abuse, blood drinking, drowning, and electrocution, the 1981 Toa Payoh Ritual Murder is undoubtedly one of the most horrific crime ever committed in Singapore’s history.

A total of three murderers were involved in the killing: Adrian Lim, Catherine Tan Mui Choo, and Hoe Kah Hong.

Once an electrician and bill-collector for the local cable radio company Rediffusion,  Adrian Lim became a charlatan in 1973 and swindled superstitious men and women who believed in his supernatural powers and abilities to communicate with the gods of various religions. He carried out his act at his three room flat at Block 12, Toa Payoh, where he would perform rituals for his customers.

In particular, Lim would prey on young and uneducated girls—including bar girls, dance hostesses, and prostitutes—for sex, tricking them into believing that he could increase their beauty through his energy. At the time of his arrest, he had close to 40 “holy wives” serving him.

Lim was known for his “needle-in-the-egg” trick, which involves inserting a blackened needle into a raw egg and sealing it with powder. He would then have his client crack open the egg during a ritual to see “evil spirits” manifesting in the form of the blackened needle.

Tan Mui Choo, a regular customer of Lim, became his mistress after believing him that she was chosen to be his holy wife. Tan moved in to Lim’s flat in 1975 and married him two years later.

It was however, an abusive relationship as Tan was constantly beaten and threatened by Lim. She was also forced to prostitute herself to supplement their income and ‘maintain her youth’. In spite of all, Tan continued her marriage with Lim due to  lavish lifestyle she enjoyed under his care.

Hoe Kah Hong was 24 years old when she was brought by her mother to Lim to treat her bad temper. After becoming a believer of Lim’s supernatural power, Hoe moved in to live with him. With a desire to make Hoe one of his “holy wife”, Lim sowed discord between Hoe and her husband Benson Loh Ngak Hua. Loh was later persuaded by Hoe to participate in a therapeutic electro-shock session with her.

Unfortunately, Loh was electrocuted to death during the session. This caused Hoe to fall into a state of depression she was later diagnosed with schizophrenia and admitted to Woodbridge Hospital. Two months later, Hoe made made a full recovery and moved to Lim’s flat where together with Tan, they became loyal assistants of Lim.

Revenge Against the Police

In the late 1980 (exact date unknown), a cosmetic salesgirl Lucy Lau Kok was lured into a sex ritual with Lim where she was drugged and raped. A charged was later filed by Lau, leading to the arrest of Lim. Lim was released with bail with the help of Hoe and Tan.

Enraged by the police for meddling with his business, Lim sought to commit a series of ritual murders to distract the ongoing investigations.

In an elaborate plot, Lim conducted a ritual where he pretended to be possessed by Kali, a Hindu goddess, and convinced Tan and Hoe to capture and kill children to revenge for Lau.

On 24 January 1981, nine-year-old Agnes Ng Siew Hock had just finished her religious class at Church of Risen Christ when she was lured by Hoe to Lim’s flat. There, Ng was drugged with sedative and sexually abused by Lim. She was then smothered and drained of her blood.

In a barbaric act, the gang smothered and drained her blood before consuming it. The blood was also smeared on a portrait of Kali as an act of blessing. To “make doubly sure that she was dead”, Ng was drowned in a pail of water and electrocuted. She was then stuffed in a bag and dumped next to a lift at Block 11, Toa Payoh Lorong 7.

Two weeks later on 14 February 1981, Hoe lured ten-year-old Ghazali Marzuki from a playground to Lim’s flat s where he was drugged, drown and drained of his blood in a similar fashion.

However, Ghazali struggled and vomited as he died. Blood bled from his nose and mouth, leading to a trail of blood from Lim’s flat to a tree at Block 11 where his body was found.

“He was just lying there on the grass patch” – Mr S.K. Menon, officer-in-charge of CID’s Special Investigation Section

With the discovery of Ghazali’s body, the police followed the trail of blood to Lim’s flat.

There, they were startled by what they had seen: the flat was filled with various religious symbols and artifacts including pictures of Jesus Christs, and Hindu and Chinese idols; many of it were smeared with blood.

Hair and blood found in the flat were analysed and determined to belong to Ng and Ghazali. A piece of paper detailing the victim’s name were also found.

The Sentence of the Ritual Murderers

Lim claimed sole responsibility for the crimes but denied the raping of Lau or Ng in spite of strong evidence held against him.

It was also revealed that the trio had initially targeted three girls before Ng and Ghazali. The first victim, an Indian girl, was rejected due to her race (as Lim had worshipped the Hindu goddess). The second girl, a Chinese girl, was also rejected as she was too skinny for the ritual. The third and last girl was turned away by Lim at his flat as she was seen by the girl’s friend walking away with Hoe.

The defence sought to spare the trio from the death sentence by arguing that they had exhibited schizophrenia and were not sound of mind during the murder. It was added that Tan and Hoe were threatened by Lim to carry out the orders he had given.

On 25 May 1983, the trio were found guilty of murder and sentenced to death by hanging.

Lim cried “Thank you, my Lords” after the announcement of the verdict.

Over the years, the defence made multiple appeals against the sentences, asking the court to reconsider the mental state of Tan and Hoe. Both have also pleaded to then-President of Singapore Tan Kim Wee for clemency but was rejected.

On the contrary, Lim did not make any formal appeals and was in fact “satisfied” with the sentencing.

On 25 November 1988, seven years after their heinous crime, the three were hanged.

The ritual murders by Lim, Tan and Hoe have caused a huge sensation in the public as many were shocked that such barbaric acts were being carried out in Singapore.

During the trials, many flocked to the court for a glimpse of the trio. The widespread reporting of the case was welcomed by the general public as it raised awareness for the need for vigilance in Singapore, a country that then had one of the lowest crime rate in the world.

Several books detailing the murders as well as the trials were released over the years.

Two films, Medium Rare (1991), and God or Dog (1997) were adapted from plots of the ritual murder case. True Files, a docu-drama focusing on crimes in Singapore, re-enacted the Toa Payoh Ritual murders on the fourth episode of its first season. 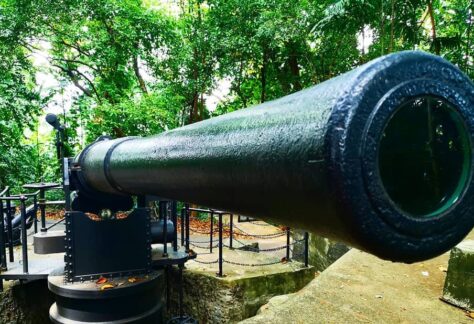 The History Behind Labrador Park

The History Behind: Haunted Hillview Mansion