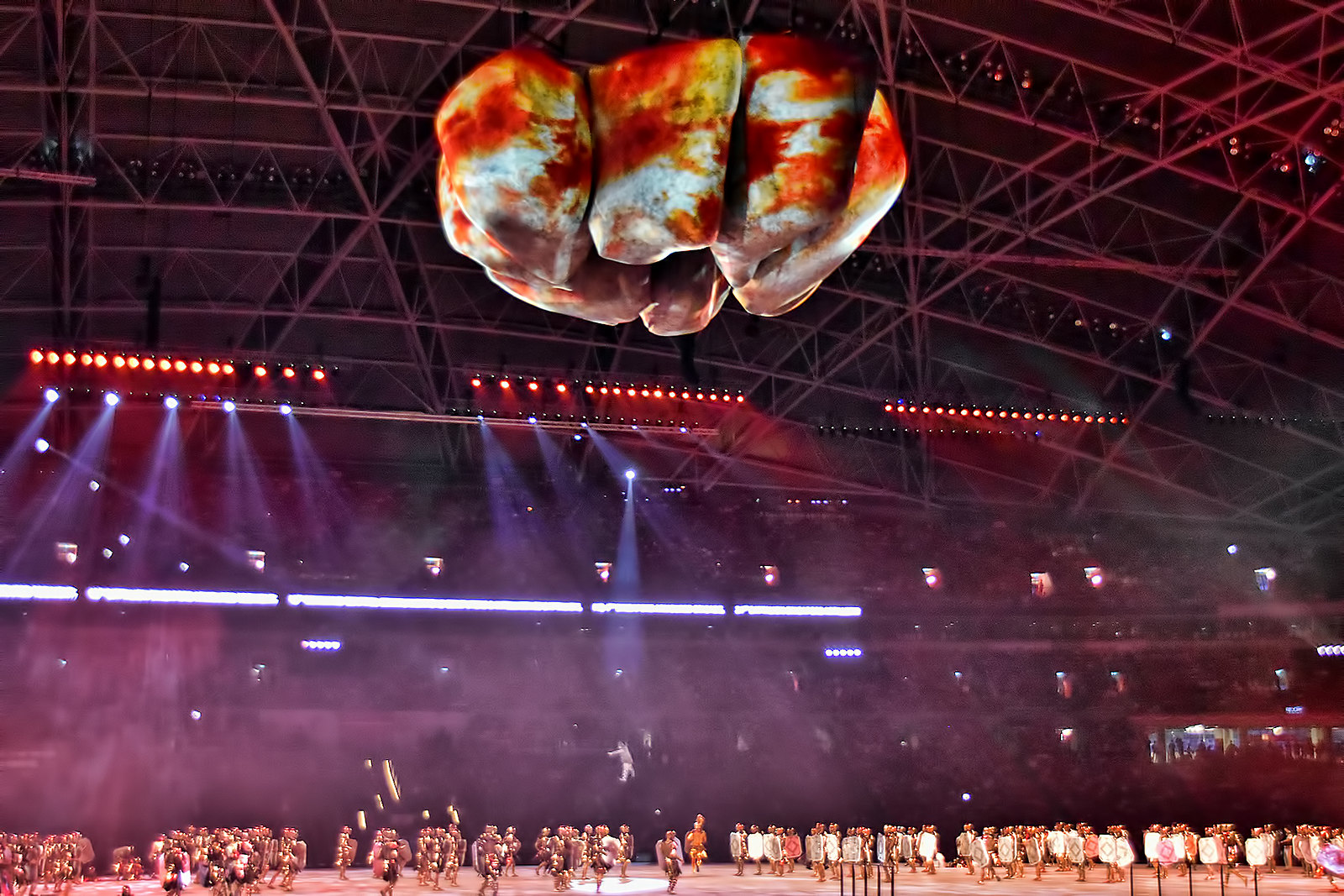 Singapore may be small and young, but it is home to several incredible tales that even Singaporeans wouldn’t believe!

Every nation has its own ancient myths and folklores, and Singapore is no exception.

From the naming of Redhill from a bloodstained hill to Singapore very own Hercules, here are seven local myths and folklores that have withstood the test of time to become a piece of the country’s cultural history.

1. The Kingdom of Singapura

Yes, you heard it, the Kingdom of Singapura.

The popular tale chronicles the founding of Singapura, a Malay Kingdom established by Sang Nila Utama (also known as Sri Tri Buana, which means  “Lord of Three Worlds” in Sanskrit) in the 1200s.

It is said that Sang Nila Utama, a Srivijayan prince from Palembang, encountered a huge storm when making his way to a newly-discovered island. In a bid to appease the sea, the crew of the ship threw away several heavy items including the prince’s beloved crown overboard. The storm went away and Sang Nila Utama was able to land safely on the island.

Upon arriving on the island, the prince spotted a strange-looking beast. Upon hearing from his crew that it was a lion, Sang Nila Utama decided to build his new empire on the island, believing that the encounter was a good omen. Singapura, derived from the Sanskrit words “Singa” for lion and “Pura” for city, was born.

In spite of the popularity of the tale, historians have debated on the authenticity of it, suggesting that Singapura may have been founded by Parameswara, founder of Malacca and last king of Singapura. Parameswara sought to re-establish the lion throne he had initially set up in Palembang to challenge the growing Javanese Majapahit Empire.

Is Redhill named after a red-colored hill?

According to legend, the coast of Singapore was once infested with shoals of ferocious swordfish, making it difficult for the villagers to go out to sea. Even the Royal Army were no match for the deadly fishes.

Then, a young boy named Hang Nadim hatched a brilliant plan: build a wall of banana tree trunks along the coast that the swordfish would pierce through and be stucked in. It was proposed to the Raja of Singpura, Paduka Sri Maharaja, and the traps were immediately laid.

Nadim’s plan turned out to be a huge success as the villagers were able to slay the trapped swordfishes with ease. The boy earned the respect of the villagers but drew the envy of the Raja.

In a fit of jealousy, the Raja ordered his troops to get rid of Nadim. In a silent night, the soldiers charged into the house at the top of a hill and stabbed the boy to his death. Blood gushed out and bathed the hill in red.

In memory of the young boy who saved the village, the area was aptly named as Redhill, or Bukit Merah.

The story of princess Radin Mas Ayu traces back to her father Pangeran Adipati Agung, a well-respected warrior and brother of a Sultan in the Javanese Kingdom.

Pangeran’s status as a royalty disallow him from marrying a commoner. However, against all odds, Pangeran married a commoner who was the lead dancer of a troupe.

Together, they bore a beautiful daughter and named her Radin Mas Ayu, or ‘Golden Princess’.

The discovery of their marriage and birth of Radin infuriated the Sultan, who promptly asked for the capture of Pangeran’s family. Pangeran’s wife was killed in a fire while he fled with his daughter and a royal servant to Singapore.

You may be interested in: The History Behind View Road Mental Hospital

The new stepmother, however, was jealous of Radin Mas’s relationship with her father. To distant Radin Mas and her father, the stepmother arranged a secret marriage for her stepdaughter. In a series of unfortunate events, Radin Mas shielded her father from her evil fiancé attacks and died. The legend says that her stepmother died after being struck by lighting during her escape.

The shrine of Puteri Radin Mas Ayu now sits at the foot of Mount Faber. Several buildings were named after her, including Radin Mas Primary School and Radin Mas Community Club.

You maybe familiar with Sang Nila Utama, but do you know Badang, Singapore very own Hercules?

The legendary hero came into the limelight during National Day Parade 2016 when he was portrayed by actor Rizman Putra Ahmad Ali in a segment.

According to Malay folklore, Badang was a poor fisherman living on the banks of the Singapore River. During one of his fishing trip, he captured a Hantu (Malay for ‘ghost’ or ‘spirit) who granted him superhuman power in return for its release.

His superpowers soon caught the eyes of the local Sultan as well as challengers in the region. In the last round of a strongman contest, India’s strongest man, Wadi Bijaya, lifted an enormous rock to his knees. Badang however, picked up the rock with ease and threw it into the Singapore River. News of his enormous strength and effortless win won the respect of the citizens as well as kingdoms in the region.

Badang reportedly spent the rest of his years serving the King before dying of old age. He was reportedly buried in Buru Island, Indonesia.

In 1843, an enormous rock with undecipherable inscriptions was found at the mouth of the Singapore river. It was believed to be the rock that Badang had threw into during his contest with Wadi Bijaya. However, the rock was blasted by the British to make way for ships sailing into the river. A fragment of the rock, named the Singapore Stone, was recovered and is currently under display in the National Museum of Singapore.

Kusu Island (also known as Turtle Island) may be famous for its turtles, but few are aware about its origins.

Legend has it that two sailors, a Chinese and a Malay, encountered a huge storm and were forced to abandon ship. A giant turtle then turned into an island to rescue the stranded sailors. This island became known as Kusu island.

Since then, the sailors returned to the island every year to pay their respects. The devotees continued the traditions. Many chose to visit the island on the eleventh month of the lunar calendar, thus forming the popular ‘Kusu’ season.

At the top of a hill stands three kramats belonging to Syed Abdul Rahman, his mother Nenek Ghalib, and his sister Puteri Fatimah Shariffah.

Located not far away from the hill is the Chinese Temple of Da Bo Gong. The temple houses two deities – Da Bo Gong (Grand Uncle) and Guan Yin (Goddess of Mercy). The former is believed to confer prosperity and wealth while the latter is known to bless prayers with children and spiritual peace.

Behind the scenic marine park lies a tragic folklore that has the island aptly named the Sisters Island.

The story involves two close sister, Minah and Linah, who vowed to live together even after marriage. On an unfateful day, Linah was heading to a nearby well to fetch water when she encountered a group of pirates.

Mesmerized by the beauty of Linah, the chief of the pirate gang asked for her marriage, which was promptly rejected by Linah. Displeased, the pirates broke into the sisters’ house at night and abducted Linah onto their boat.

Minah swam after the gang but was swept away by the huge waves. Upon witnessing the drowning of her sister, Linah broke free of the pirates and dived into the stormy seas, ending her life together with her beloved sister.

You may be interested in: Mystery of the 1972 Queenstown Sniper Shooting Incident

Sentosa, a beach paradise with a dark past.

The picturesque island was once known as ‘Pulau Blakang Mati, or ‘Island of Death Behind’ in Malay. Little is known about the origins of the name, but stories from the past suggest that it has a grisly history.

A popular version tells that the island was infested with pirates, leading to frequent looting and bloodshed. Another version claims that the neighbouring island of Pulau Brani was a burial ground forancient Malay warriors and that the restless souls continue to haunt Pulau Blakang Mati till this day.

In the late 1960s, the island was proposed to be redeveloped for commercial use. Various ideas were proposed, including a petrochemical complex, an oil refinery, as well as a tourist resort. It was eventually decide that the island would be converted into an integrated holiday island.

A renaming contest was held in 1972 and the name Sentosa, meaning ‘peace and tranquility’ in Malay, emerged as the overall winner. 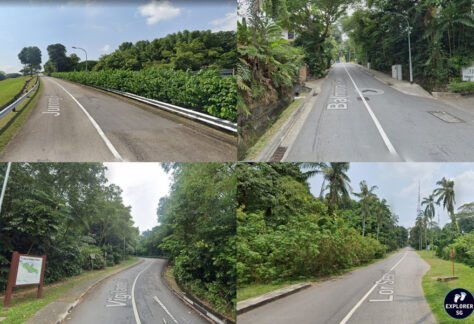