From stories of frequent bloodshed to being the site of horrific Sook Ching Massacre, the sunny island of Sentosa lie a dark and tragic past that many are not aware of

From long sandy beaches and scenic trails to posh hotels and thrilling attraction rides, Sentosa has long been the ultimate leisure destination for locals and travellers in Singapore.

Yet, few are aware of the dark history behind the holiday island.

The Island of Death Behind

Before the commercial development of Sentosa, the island was known by its inhabitants as Pulau Blakang Mati, which means “Island of Death from Behind” in Malay.

Over the years, several versions accounting for the origins of the island’s ghastly name have surfaced:

The rapid growth of Keppel Harbour as a maritime hub prompted the fortification of the island to protect the shipping passages.

A total of four military installations were constructed in the 1870s on the island:

A popular myth tells that the guns at Sentosa could not point north and hence did not provide any firepower during the Japanese invasion from the Causeway in WWII. This is untrue as the guns rotated 180 degrees and fired at Japanese soldiers advancing from the north. However, the guns were armed with armour-piercing ammunition meant to damage ships, and were ineffective against the Japanese ground troops.

With the fall of Singapore in 1942, the island was turned into a prisoner-of-war (POW) camp. It is estimated that 400 Allied troops were detained at Blakang Mati Artillery Barrack, which has since been renovated into a posh resort named The Barracks Hotel.

From 21 February to 4 March, the Japanese initiated Operation Sook Ching to purge anti-Japanese individuals in the Chinese community. The operation targeted Chinese male aged between 18 and 50 who were ‘suspected’ of carrying out anti-Japanese propaganda.

Approximately 300 civilians were shot and killed at a beach near Serapong Golf Course. Over the course of two weeks, an estimated 10,000 to 25,000 Chinese were killed across Singapore, far above the 5,000 deaths published by the Japanese.

After the surrender of the Japanese in 1945, the island was returned to the British and converted into a military ground. The 1st Singapore Regiment of the Royal Artillery (SRRA), the Gurka infantry units as well as local enlistees were briefly stationed on the island.

During the Konfrontasi (Indonesia-Malaysia Confrontation) from 1963 to 1965, Sentosa (specifically Fort Siloso) was charged with defending the southern coast and west entrance of Keppel Harbour from Indonesians making illegal landings on the island.

In 1967, with the withdrawal of the British forces and the Gurka units, the island was handed over to the Singapore Armed Forces. The island soon became the base of several military units including the Singapore Naval Volunteer Force, the School of Field Engineers as well as the Engineer Headquarters.

Meanwhile, Fort Siloso and Fort Serapong were converted for use as Catholic and Protestant churches respectively while Fort Connaught was left abandoned.

Sentosa, The Island of Peace and Tranquility

In the late 1960s, commercial plans were proposed for the development the island. Ideas include a military base, an oil refinery, and an industrial complex. However, most plans were deemed to be either unviable or reaped little economic benefits.

An agreement with Esso to build an oil refinery complex had been reached but was later dismissed due to concerns of pollution and the island’s proximity to Singapore’s business district.

In 1969, the Singapore Tourist Promotion Board (now known as Singapore Tourism Board, STB) unveiled plans for an integrated resort complete with floating hotels, casinos, golf courses and even a greyhound racing stadium. A naming contest was subsequently launched to signify the rejuvenation of the island.

Lee Kuan Yew once touted the idea of turning Sentosa into a nudist colony to attract Western tourists into Singapore. His ideas was quickly shot down by the ministers who believed that Singapore was not ready to accept such radical ideas.

In 1972, administration of the island was handed over to the newly established Sentosa Development Corporation (SDC) to oversee the development of the island. Pulau Blakang Mati was officially renamed to “Sentosa” which means “peace and tranquility” in Malay.

The island soon opened its doors to the public with an array of attractions. This includes Fort Siloso, the Musical Fountain, Underwater World and the 37-metre tall Merlion. The cable car system and monorail began operations in 1964 and 1982 respectively to provide greater convenience to those visiting the island. 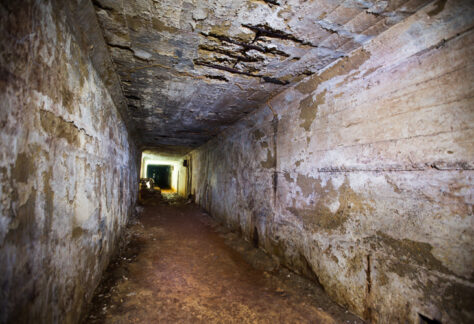 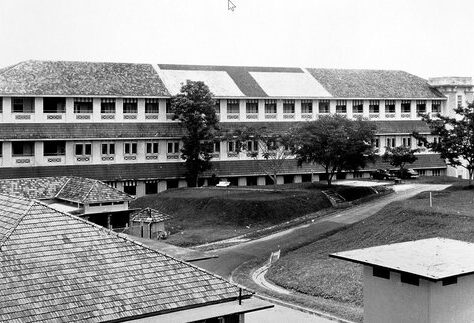