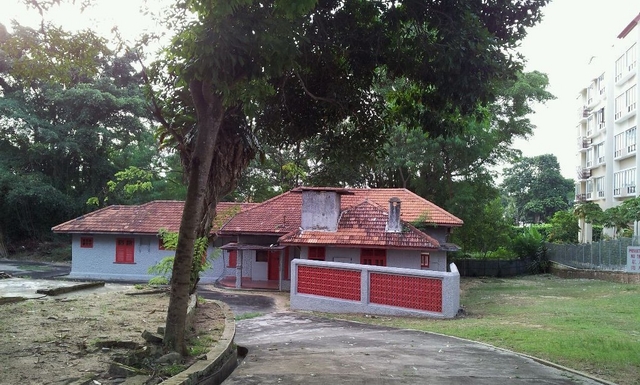 Situated at 191 Jalan Loyang Besar, the “Red House” is one of three famous haunted colored houses in Singapore. The two other colored houses are the “White House” (Punggol Matilda House) and the “Green House” (Hillview Mansion).

The first owner of the red-bricked bungalow was Sir Percy McNeice, a British civil servant who became the first president of Singapore’s City Council and the Singapore Family Planning Board. Purchased in the late 1940s, his wife Lady Yuen-Peng McNeice (Lady McNeice) used the house to provide communal services such as free meals and education for residents in Kampung Loyang. The place also served as a gathering spot for villagers in the vicinity.

Other sources have suggested that the house was purchased by Lady McNeice’s mother and gifted to her.

Lady McNeice, also called Loke Yuen Peng, is the daughter of Malayan tycoon Loke Yew. Loke Yew is a notable business magnate and philanthropist in Malaysia, having played a significant role in the development of Kuala Lumpur and Singapore. Loke Yew Street in Singapore (near Fort Canning Park) was named in honor of his contributions to the country.

The bungalow was later sold to Tang Choon Keng (also known as CK Tang) in 1964 where his family resided for a brief period. For unknown reasons, the house was abandoned by the Tang family.

Rumours have suggested that the house was used as a temporary nursery and shelter for children during the Japanese Occupation from 1942 to 1945. A massacre was said to have happened where many of the teachers and children were bayoneted or burnt alive in the Red House.

A separate rumour tells the story of a man who killed his wife and children in the house before hanging himself; the spirit of the family is said to reside at a big old tree behind the house.

After the abandonment of the property by the Tang family, Red House became a popular haunted spot for ghost-hunters and urban explorers in the 1980s and 1990s.

The bungalow was supposedly nicknamed Red House not because of its red-bricked walls but because thrill-seekers would enter the house to see the interior walls splattered with blood stains.

Paranormal stories have emerged over the years, giving the much needed spook factor to the dilapidated buildings. In particular, those who ventured into the house reportedly see a rocking rattan armchair with a doll sitting on it; anyone who tries to remove the doll will hear a scream, seemingly to scare away the intruders. Other accounts include the movement of a child running around the house and evil laughters.

Many who bypassed the site at night claimed have been stared by the glowing eyes of the pair of stone lions at the front gate.

A popular myth says that a lit cigarette is to be placed at the jaws of the stone lions in exchange for protection. The time it takes for the cigarette to burn completely is how long one can explore the house unharmed.

In spite of its haunted past, the house was given a new lease of life in the early 2010s when it was purchased by award winning preschool Odyssey.

The two buildings within the compound have since been renovated and are linked up via a corridor. The stone lions at the front gates as well as the big old tree were removed.

In May 2014, Odyssey Loyang, the preschool’s third campus in Singapore, opened its doors to the public.

However, the hauntings and enigmatic past of the Red House remains a history to be rediscovered. 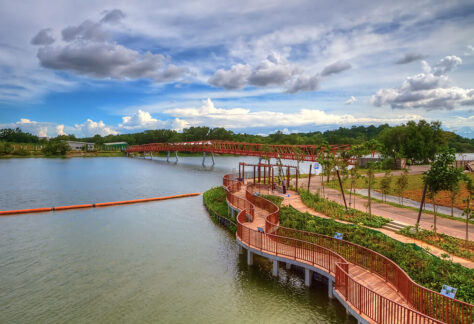 The Ultimate Guide to Coast-to-Coast Trail